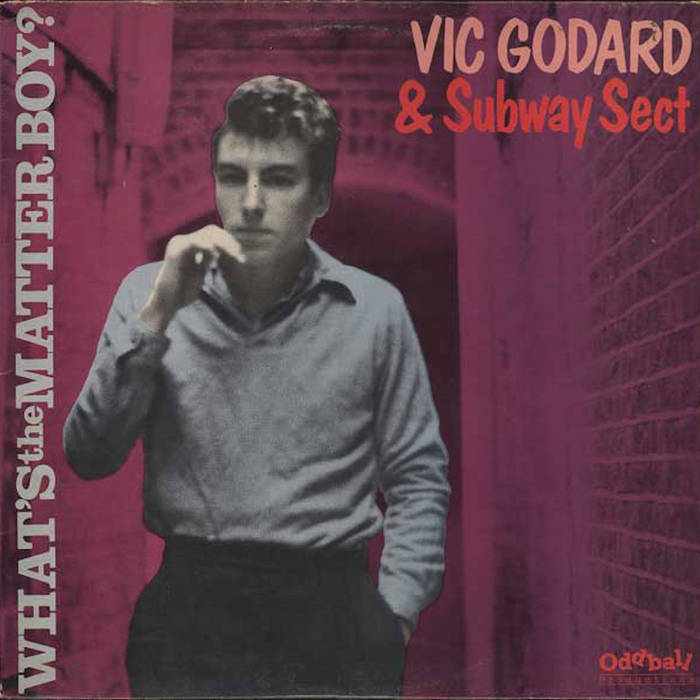 The original Subway Sect line-up—Paul Packham, Paul Millie Myers, Barry “Baker” Auguste, and Godard—formed in 1976, but not actually as a band. According to Godard, the troupe used to record Molière plays in his bedroom, each playing three or more parts depending on who showed up. Godard wrote in the sleeve note to the 1996 CD reissue of What’s The Matter Boy? “This was a Golden era for me; looking back we had much greater fun before music reared its ugly head. But it did.” The gang went to see the “Sex Pilots” (as they thought the Pistols were called) and it was all over. They met up with Rob Simmons and the Subway Sect was born. The fact that they could hardly play, and drummer Paul Packham refused to play his bass drum hardly mattered—this was the punk era, and anything went with the right attitude. Within two weeks, the group were recruited by Malcolm McLaren for his Punk Festival of 1976.

The band hooked up soon with Clash manager Bernard Rhodes and in retrospect, this is where the real trouble likely began. The band were really starting to blossom—punk playing and attitude, crossed with Godard’s distinctive nasal croon/moan and slightly existential lyrics, even a shot of piano and famously on “Ambition” an early analogue synth. The combination sounded like little else, and a listen to the period singles and John Peel radio sessions bears out the fact that they were truly innovators among a group of bands basically content to follow each other. From ‘76 to ‘78, the music coming from Subway Sect was just as—if not more so—challenging and innovative as any guitar-led combo on the UK scene.

The band went through two more drummers before, in 1978, Rhodes took it upon himself to sack the entire combo, save Godard, retaining him as a singer/songwriter. Godard has since said repeatedly that he regretted the decision, but he chose to stay with the guaranteed £50 a week and let the rest of the group go, apparently without any animosity. None of them ever took it seriously enough to care.

At this point—just as the group had been dismantled—Vic Godard & Subway Sect recorded their debut album. They had a shedload of great songs. Problem was, there was now no band to play them.

With Godard’s reluctant cooperation, Rhodes and co-conspirator Mickey Foote recruited the Chimes Brothers (one of whom, Terry, had filled in in a similar fashion on the Clash’s debut LP) as the rhythm section, and in a stroke of genius—or perhaps career suicide—the Black Arabs to provide music and backing vocals. Against all odds, they actually came up with something that no one expected—a masterpiece.

Godard is in rare form, and the tunes are immediate and engaging. Godard, however, saw the writing on the wall by 1978—punk was over and he was already moving on to his next sound. It would eventually lead him to Tin Pan Alley, a Cole Porter obsession, and Jo Boxers, but on What’s The Matter Boy? it led him somewhere else entirely, namely backwards roughly two decades to the 1950s. Opening salvo “Birth & Death” sets the tone for the LP in magnificent fashion. A zingy rockabilly sound with nary an amplified instrument in sight, jaws must have dropped when the Black Arabs opened their mouths for the Jordanaires-esque doo-wop backing vocals.

Throughout the remainder of the album, Godard and company channel the spirits of Buddy Holly and the Crickets, Gene Vincent and the Blue Caps, and Eddie Cochran—real “punk rock” innovators of their era—updated with Godard’s abstract lyrics and crooning, and some seriously catchy melodies. To go so far retro like this at the height in 1978? Now that’s the spirit of punk. Do it your way, however you can. But just do it.

Unfortunately, next to no one heard it. The album wasn’t released until 1980, when its impact was severely compromised and any hype the Subway Sect name might have had from that initial Pistols/Clash explosion was long gone. The mix was positively wretched, and original copies bear very little evidence of their even having been a rhythm section in the studio. Sales were virtually nonexistent, despite a perfect five-star review by influential journo Dave McCullough. His opening lines: “The range covered on this album is enormous. It’d take months to map.”

It is a shame that here we are, 40 Odd years later, and no one has really even tried.

I implore you to join the club.